Get Professional Assistance with Writing Your Gun Control Essay 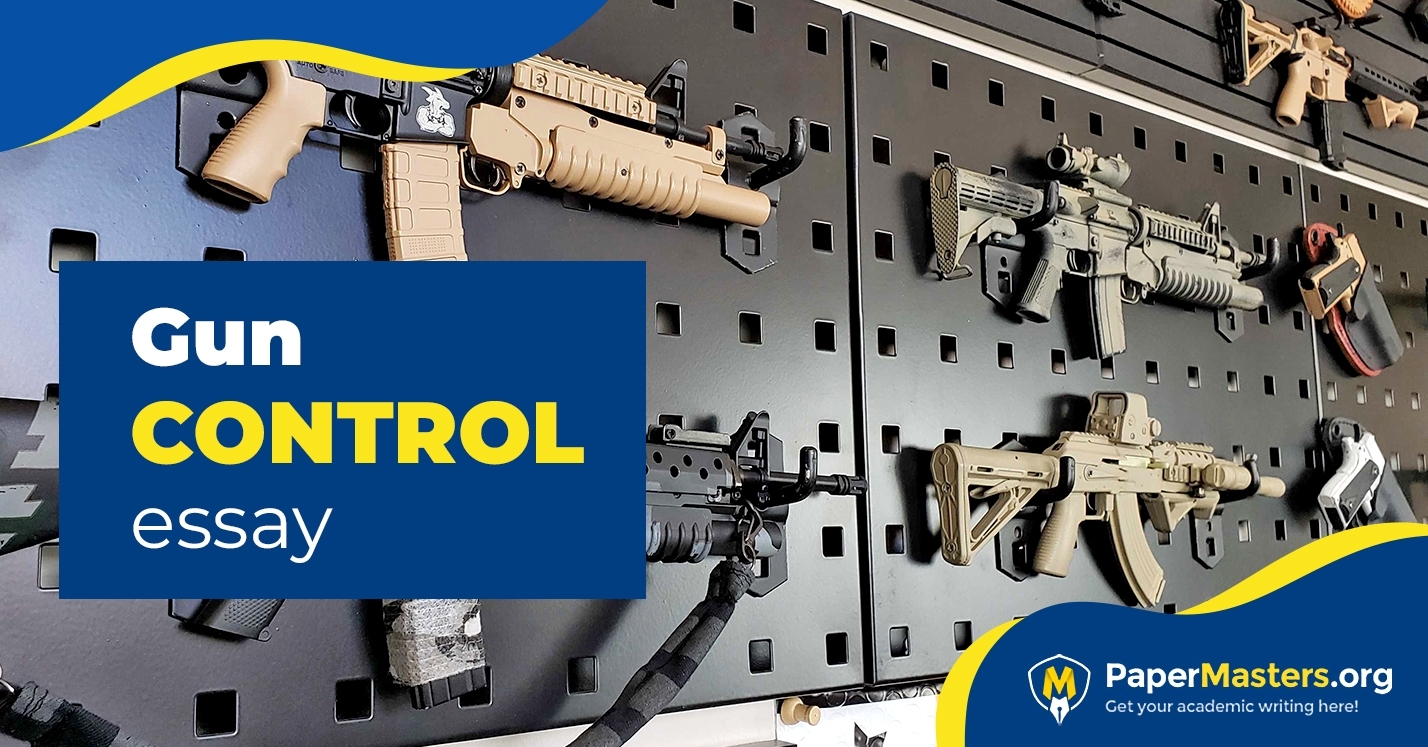 Very often, professors ask their students to investigate sociopolitical or sociocultural topics in their essays. The most popular themes given to students are women`s rights, gender inequality, discrimination, public health, etc. Also, when you are a student, the chances are high that you may have to write a gun control essay. This topic stirs up the interest of the audience since it is a burning issue in the present-day realms. Due to the growing number of shootings, as well as the high risk of terrorist attacks, the gun control debate is a hot topic. When assigning such a task, professors want their students to talk about the regulations related to firearms by applying their analytical skills. Also, you may have to write such an essay to demonstrate your personal attitude to the problem.

No matter what argument you will suggest in your essay, you have to support it with appropriate evidence. Writing a paper on such a controversial topic can be challenging, especially if you lack the time or writing experience. Thus, we decided to create a brief manual for those students, who want to create good-looking gun control essays. Also, we will provide you with an example that will boost your inspiration. We hope that our suggestions will help you create a high-quality essay and receive a good grade for it.

What Is Gun Control?

Before you figure out how to write a gun control argumentative essay, you have to understand clearly what gun control is. In its essence, it is a set of laws that have to regulate the manufacturing sale, as well as the use of firearms.

In other words, it is a compilation of laws established to monitor the type of firearms an individual can purchase or sell.

As already mentioned, the problem of firearms regulations is one of the most conflict-ridden debates in the United States.

As soon as any mass shooting happens, hot debates stir up. Since there are many supporters and opponents of gun control, this topic requires in-depth investigation.

When working on this thought-provoking topic, you have to decide what side you are on. It is not an ordinary paper where you can remain neutral. Thus, you need to study credible sources and understand whether you are for or against firearms regulations. Below, you will find some arguments that will help you make an informed choice:

Possessing a firearm can make it easy to murder a person without any intentions of doing so;

When you have a gun, the risk of murdering a relative, a neighbor, or a friend is 43 times higher;

According to statistics, the rates of suicide are five times higher in households, that have firearms.

It is not a firearm that kills but a person;

Having a gun, an individual can defend his or her family. It will enable him or her to feel safer under any circumstances;

Those criminals, who can injure or murder others have firearms without any legal rights.

After thorough brainstorming and analysis of the pros and cons of gun control, you need to decide whether you support or oppose it.

Although you may need to write any academic paper on a gun control topic, the most popular papers are as follows:

When working on such an essay, it is necessary to follow the traditional structure. According to this structure, the document is to comprise an introduction, a main body part, a conclusion, and a reference list. Let us discuss these parts in detail:

The introductory paragraph has to inform the audience what the paper is about. It has to captivate the reader`s attention from the very first lines with the help of an appropriate hook. Also, your introduction has to include some background information that will help readers understand your subject better.

In the next paragraph, you need to analyze your topic by suggesting strong arguments and providing accurate facts and statistics. Very often, students prefer to provide all the gun control pros and cons and then choose a particular viewpoint. Pay attention that your analysis cannot be based only on your personal opinion as you need to convince your reader that you know the subject well. To prove your claims, you may need to include in-text citations as they will add accuracy to your work.

In the final paragraph of your essay on gun control, you need to summarize the information provided previously in the paper. To make a good impression on your audience, your conclusion is to be strong, memorable, and thought-provoking. The final paragraph also includes a call to action.

Basically, it is a compilation of references used when working on the paper. Being organized in alphabetical order, your reference list has to include accurate information about all books and journals you have consulted with.

At our writing service, we have collected some handy tips that will help you submit a high-quality paper:

Gun ownership is a contested issue as many people feel that guns promote security while others feel that free ownership is harmful and thus there is a heated debate. While it is the duty of the government to protect the people, the latter are increasingly purchasing personal guns and this has led to a significant number of homes in the United States having a gun in their possession and this has advantages as well as disadvantages. However the disadvantages are more serious and thus gun control is necessary to control armed crime, homicides as well as strengthening the government’s monopoly of power and thus enabling it to enhance security for all people.

Studies have indicated that unregulated ownership of guns promotes the likelihood of crime and thus making to necessary to have gun control measures. According to Monuteaux, the American states that have increased rate of armed robbery are those that have many guns in the hands of the people and the reason is obvious that people can easily access guns and many of them ends up in the wrong hands. Even though the opponents may respond that criminals do not need to have gun licenses, it is clear that free ownership will make it hard for the police to pursue illegal guns. As it appears from the discussion, the control of gun is inevitable to reduce armed criminal incidents.

The increased ownership of guns has become a threat in many homes as it makes family members a threat to each other even when there is nothing big to argue about. The idea here is that when married people are in bad terms, there is the likelihood of a shooting incident. According to Hemenway, there are many homicides arising from shooting incidents triggered by small disagreements and this is a threat to many families in the United States. In this regard, as much as the critics of gun control argue that the guns improve security at homes, the opposite is true since spouses can easily kill each other and thus there is the need for removing guns from homes through control policies to avoid such incidents.

The unregulated gun ownership defeats the role of the government to provide security to its people as well as maintaining dominance in possession of arms and thus promoting anarchy. According to Fjad, it is the role of a nation state through the government to provide public goods among them security. As such, if the public can continue purchasing guns in an unregulated manner under the argument for securing themselves, then this dilutes the government’s monopoly of power and makes it vulnerable to internal threats. In the light of the above discussion, it is clear that people should be denied free gun ownership to restore the government’s monopoly of power and to strengthen security measures.

Conclusively, gun ownership is a contested issue as many argue that it promotes security while others argue the other way. There are advantages and disadvantages of uncontrolled gun ownership. However, the disadvantages have more weight and thus there is the need for controlling guns to reduce violent crimes, homicides and to emphasize the government monopoly of arms. Reports indicate that the higher the number of arms there is in a state, the higher the rates of violent crimes. Reports also indicate that the presence of guns at homes promote homicides from minor arguments. It is also necessary to control guns to leave the government with its mandate of providing security to the people. As described in the essay, unregulated gun ownership has many disadvantages and thus there is the need for control measures.

If you have no time or motivation to work on your argumentative essay on gun control, you can place your order at PaperMasters.org. We are a professional writing team that has been providing students with exceptional writing assistance for many years. Having advanced experience in creating high-quality academic papers, we are capable of handling the most challenging tasks. On our website, you will also find free samples that will help you understand your academic tasks better. If you are taking care of your academic reputation, then cooperation with our legit writing service is the best option for you. We are here to make your success closer!